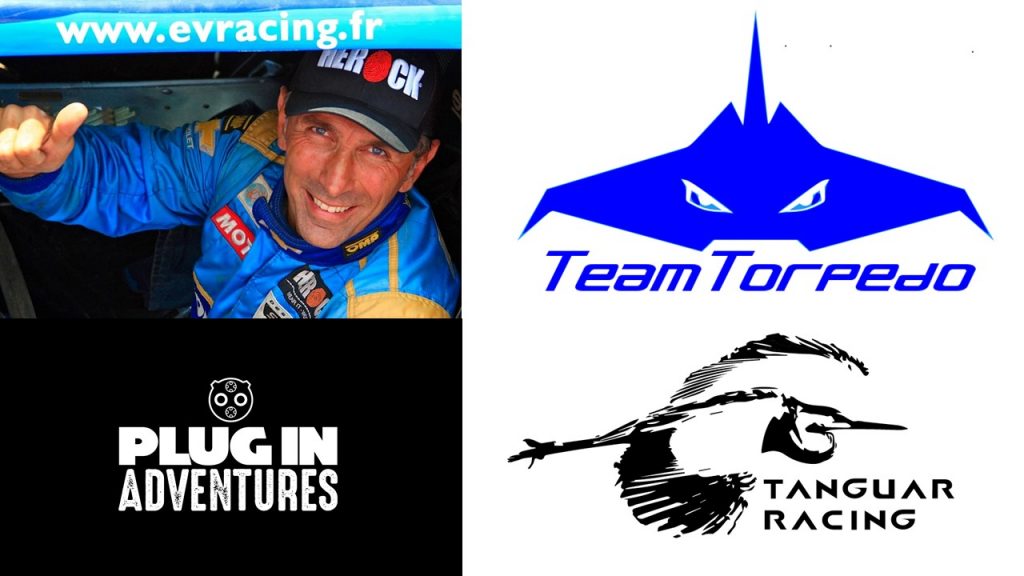 It is with great excitement that we can announce the first four pioneering teams that are going to participate in 80 Day Race.
A great mix of professionals, experienced amateurs as well as true adventurers who were captured by the story of traveling the world in a sustainable way are joining the first edition of this global competition. And truly global it is, with registrations from France, the UK, the US and Bangladesh!

EVR
For almost 20 years, Eric Vigouroux and Alexandre Winocq took part in many events and rallies all over the world, especially in Africa with 15 participations to the Dakar Rally, but also several Master rallies in Eastern Europe, Russia, China, Mongolia, etc. They won the FIA world cup in 2012 in the two-wheels drive category among many stages and race victories over the years.

Plug In Adventure
Over the last 7 years, Chris Ramsey has been the pioneer of overland and endurance electric vehicle adventures, and through engaging social media content and video’s has taken audiences across continents and through 20 countries on a series of epic world first sustainable adventures.
Read more

Tanguar Racing
Tauseef, Gopal and Ahmed are mutual friends, having studied and worked with each other in different organisations and projects since their university days. Their common interest lies in automobiles, each  strongly passionate about different aspects of this industry. With the growth of Tesla, Formula E and DIY culture, they felt they too can build electric vehicles for Bangladesh, and so they got to work in 2016.
Read more

Team Torpedo
Arnaud Negrier and his teammates have worked together in the same racing company, ASM Racecars, for around 15 years, and have always stayed in contact. They have spent great moments together during rally raid events, road trips and race vehicles construction and development.  They have been friends since a while now and have shared plenty of great time around motorsport. In any case, they are all linked by action sports, motorsport passion, nature linked activity and land discovery.
Read more

Teams competing in 80 Day Race will race 40,000 km solely with vehicles that don’t consume fossil fuel. The project is inspired by Jules Verne’s famous book ‘Around the world in 80 days’, betting that new means of transportation make it possible to achieve this challenge. The race will start from Paris, heading east towards Astana, Kazakhstan. Once underway, the competitors are free to choose their own route to circumnavigate the globe between major cities in which events will take place.